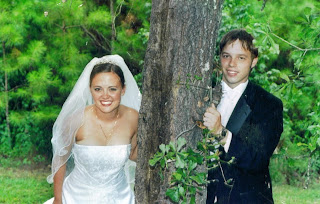 Ever since I had to write a paper on Sylvia Plath's poem "Lady Lazarus" I have had an interest in her. I had a desire to read "The Bell Jar" by her but have always forgotten once I step into Half Price Books and am completely surrounded by them. What was I looking for again? So many books to meet and so little time! Then I end up with another book, not completely satisfied, because I know I came for something else! That also happened with "The Handmaiden" by Margaret Atwood but I ended up getting it for Christmas a couple of years ago from my husband who did remember (only because he had it written down, mind you. That is not normal.)

Anyway, I am not completely sure why but my sister-in-law, Jenny, and I ended up talking about "The Bell Jar" this weekend. I mentioned that I wanted to read "The Bell Jar" and she said she did too. That, in fact, she had just finished reading "The Death and Life of Sylvia Plath" because she had heard "The Bell Jar" was largely autobiographical and she wanted to understand it better when she did read it. Well, I ended up borrowing "The Death and Life of Sylvia Plath" and will read "The Bell Jar" soon. I have also decided that I will buy it. I mean as opposed to checking it out of the library.

The library in Hitchcock, TX not only has hours that make me wonder "who beside that same kid on the computer makes it to the library before they close?" I, myself, have never been there earlier than 30 minutes before it was scheduled to close. Except the time I had to post fliers for camp. I was tempted to stay but I had to work. Beside the hours, the selection reminds me that I never should have been tempted in the first place. I believe their library is made up of all the thrift store books in the neighbouring areas. You know what I mean. Like ten copies of a science book from the sixties. Bobby and I had an excellent thrift store we used to go to in Spring Branch called MAM and it had an awesome book selection, but I have never been in another like it. Most thrift stores have the books that Half Price wouldn't give you any money for. Half Price employees probably take them in the back and chunk them for you, muttering: "You should be paying me to chunk these for you." Thrift stores only take them to fill up space. Anyway. The La Marque library is better. Not great, but significantly better. To sum it up, soon will come a Half Price Book/Jamba Juice smoothie night!

I also thought I would include in this post a poem I wrote a little over a year ago simply because I feel like making this post longer. It has been too long since I added to this blog!


Ladylike, she crosses them


So they are incarcerated,


One hand hides the other


Powerful and still in her lap


Gallant, they hold up her girlish


Her smile is all three


To flex those muscles well.


They are her honor


A vigorous attempt at being deferential


This smile can be reproduced


Once a month she submits


And bears a child-